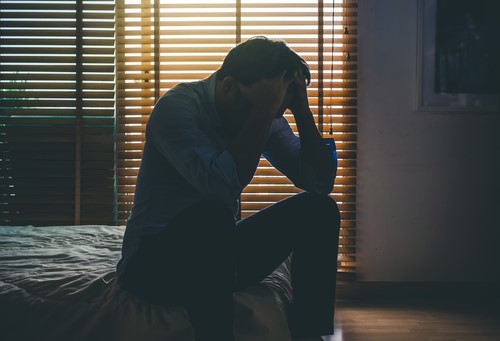 Cocaine is now the drug of choice for the high flyer. The rich and famous of Hollywood have always fallen under its spell. Charlie Sheen, Robert Downey Jr. and Nigella Lawson have all had their fall from grace using ‘Stardust’. Australian corporates are now also drawn to the dazzling power of cocaine. Increased business success can swiftly lead to ravaging addiction, with executives partying as hard as they work. But this seductive euphoria has a high price tag to match.

Cocaine makes you feel confident, focused and energetic. It gives people the high-octane output for a performance-driven arena. Business people looking for the competitive edge in their marketplace are especially vulnerable to its magic. But users may attribute their success to cocaine rather than natural confidence, leading to poor judgment and risk taking in business. Cocaine addiction is responsible for the downfall of fabulous careers, the incarceration of successful stars, bankruptcy and ruthless media publicity.

Leonardo DiCaprio played stockbroker and cocaine addict Jordan Belfort in the true-story “The Wolf of Wall Street”. Belfort went from being a humble family man looking for employment opportunities.  He then found himself in a partying office atmosphere with a continuous stream of sex, drugs and cash. The consequences were shocking. Hopeless cocaine addiction resulted in loss of money, career, and family, later serving a hefty prison sentence.

The effects of cocaine only last 15-30 minutes, so several hits are required to achieve a continuous high. For this reason, cocaine is often used as a binge drug. This forces the user to consume increasingly more to achieve the same effect. It will never be as good as your first dose. Users will always try to re-create their first wow experience with cocaine.

Cocaine also offers more fun, joy, sensuality and increased libido. But long term use results in anger, anxiety, depression, tremors and mood changes. Signs someone may have a cocaine addiction include:

It’s a fleeting but expensive high. Australians pay the highest price for cocaine, with an estimated cost of $300 – $350 per gram compared with $8 – $145 per gram overseas. Some people can use up to 10 grams a day, which is a $3000 a day habit. That’s a million-dollar-a-year dependency for the average executive.

Cocaine debt can be tens of thousands and dealers are happy to have a credit arrangement. Nasty debt collecting methods may not act as a deterrent. Drug advisors highly recommend paying the debt as a priority. Same day lenders may charge 50% interest, leading to high rates of drug-related suicide.

Cocaine has hit the Australian market with ferocity in the last five years due to a two-fold increase in production worldwide. But the effect and the cost will depend on the purity. 80% of cocaine may be cut with other inert substances like bicarb soda. In some cases, also brain stimulants, poisonous additives and drugs such as Fentanyl (a synthetic opiate) causing a ‘death hit’. Cocaine goes by a number of different names that include C, Coke, Nose Candy, White Lady, Charlie, Blow and Wizz.

Cocaine increases our reward-creating brain chemical dopamine, making us feel satisfied. Without it, the user feels like they crave something more. It traps the dopamine and stops it from being released for a short time which creates an intense feeling of elation. It shares its dopamine-gratifying effects with amphetamines and cannabis.

At Sydney Detox and Rehab Services on Sydney’s northern beaches, we offer confidential cocaine withdrawal programs with medical supervision. We understand our clients’ needs for privacy and the pressures professional life. We also accommodate your ongoing business and personal requirements throughout your stay. For more details, see www.sydneydetoxandrehab.com or phone 02 9400 2384